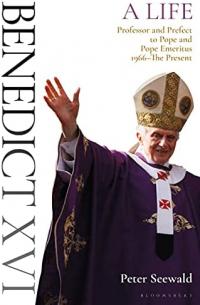 Biography on Benedict XVI, from his early years in his homeland of Bavaria, militarized during the Second World War, years of study in the seminary, his ordination and parish practice in Munich until he reached the cathedra of theology. The figure of Ratzinger was valued and uncovered with his contributions to the Second Vatican Council. This meant that during his years as professor of theology he moved like a fish in water at the German university, with the affection of students and colleagues, but without lacking attacks, then cardinal and later Pontiff of the Catholic Church. An academic mentality that never disappeared despite his appointment as Archbishop of Munich, later Cardinal and, in Rome, Prefect of the Doctrine of the Faith, together with St. John Paul II. What followed is well known. Seewald knows his biographer very well, he publish extensive interviews with Cardinal Ratzinger.

The biography is extensive, profound and with innovative aspects. It is based on articles from the press, especially German, which Seewald knows very well. Benedict XVI is a man of prayer, but also an intellectual, with profound knowledge, a constant dialoguer with other religions and confessions and with politicians, as well as a successful writer of theology.