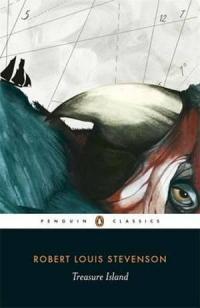 Jim Hawkins narrates the story throughout. On the west coast of England in the 1700s his mother was the innkeeper at Admiral Benbow Inn. One day an old pirate arrived with a map showing the location of the treasure buried by Captain Flint. Suddenly, the old crew of the captain came to the inn, led by the sinister pirate called Pew. The map is hastily given to Jim Hawkins, who in turn deposits it with Squire Trelawney and Dr Livesey. They are immediately excited by the map and the three decide to go in search of the treasure. They set off to Treasure Island on the Hispaniola. However, the crew include a motley group of old pirates under Long John Silver who are about to mutiny.

Robert Luis Stevenson was born in 1850 in Edinburgh and died in 1894. He married a divorcee. Due to his poor health, he set sail for the South Seas and settled in Samoa, where he died suddenly at the age of 44. This was one of the first adventure stories not to have a clear moral to the tale.