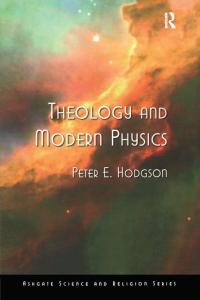 The author defends the thesis that Science was born in Western Europe from the soil prepared by the worldview of Christianity, and that without this intellectual framework it would have never been appeared or, given that the Ancient Greeks developed some aspects of Science, would not have succeeded in having a lasting development. The structure of the book is the following: a first chapter in which the relationship and mutual influence of Science and Religion is described; a second chapter establishing the main thesis; a chapter dedicated to Muslim Science and Culture in the Middle Ages, trying to explore why their Science did not survive; 9 chapters following the historical development of Physics in which the author tries to illustrate and prove his thesis.

The book is in fact a collection of articles that have been regrouped and modified for coherence. The first 5 chapters (up to “Classical Physics”) are interesting and clear. They contribute relevant ideas and any reader can follow easily the emergence of new ideas in Physics that are presented in these chapters. From chapter 5 to the end, the author deals with Relativity, Quantum Mechanics and Chaos. These chapters are not written as clearly, and only readers with good knowledge of the specific issues will be able to follow them. They are complex questions, to be sure, but the sketchy way in which the author deals with many of them does not help to clarify them. In this part, the book becomes repetitive, with frequent statements of the author’s view of Quantum Mechanics supported by unclear arguments. The main thesis of the work is also repeated frequently.

The book can be very helpful to discover and explore the relation between Science and Religion, not in a purely abstract way but also in the life and thought of great scientist. The statement of the necessity of the intellectual background provided by Judeo-Christian religion for the development of Science is well grounded and can be convincing. There are some statements in the text that could seem not entirely correct from a doctrinal point of view, although, this could be due to an incomplete development of the question, as some of these points are clarified correctly further on in the text.

Hodgson was a physicist, and knowledgeable also in theology. In his book, he decries the tendency of some to try to draw conclusions, for example, contrary to the principle of causality, from quantum physics. He attributes this to a lack of understanding of physics. He mentions that he taught a course with William Carroll, a well-known philosopher, first at Oxford and then in Iowa on "God and Physics from Aquinas to Quantum Mechanics." Understanding the book does not require much scientific preparation. The concluding section draws various discussions together and makes a contribution to debate in this area. The author is a Fellow of Corpus Christi College, Oxford, UK. He has lectured there for more than thirty years. His main research interest is the theory of nuclear structure and reactions.