[The hit]
BALDACCI, David
Year:
2013
Type:
Fiction
Public:
Adults
Moral assessment:
Type: Literature
Nothing inappropriate.
Some morally inappropriate content.
Contains significant sections contrary to faith or morals.
Contains some lurid passages, or presents a general ideological framework that could confuse those without much Christian formation.
Contains several lurid passages, or presents an ideological framework that is contrary or foreign to Christian values.
Explicitly contradicts Catholic faith or morals, or is directed against the Church and its institutions. 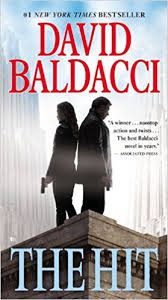 Will Robie is the man to whom the United States government goes when they have to eliminate the worst enemies of the state. However, there is someone able to match the talents of Robie: his colleague Jessica Reel, a murderer as professional and lethal as he is. The problem is that, for some strange reason, he now has other members of his agency in the spotlight. Robie's mission will be to capture Reel, alive or dead. However, as he pursues it, Robie soon discovers that his attacks on the agency conceal a greater threat, one that can cause a major upheaval in the United States and the rest of the world.