The Turn of the Screw

[The Turn of the Screw]
JAMES, Henry
Year:
1898
Type:
Fiction
Public:
Adults
Tags:
Literature - Horror
Moral assessment:
Type: Literature
Nothing inappropriate.
Some morally inappropriate content.
Contains significant sections contrary to faith or morals.
Contains some lurid passages, or presents a general ideological framework that could confuse those without much Christian formation.
Contains several lurid passages, or presents an ideological framework that is contrary or foreign to Christian values.
Explicitly contradicts Catholic faith or morals, or is directed against the Church and its institutions.
Quality:
Recomendable:
Transmits values:
Sexual content:
Violent content:
Vulgar language:
Ideas that contradict Church teaching:
The rating of the different categories comes from the opinion of Delibris' collaborators 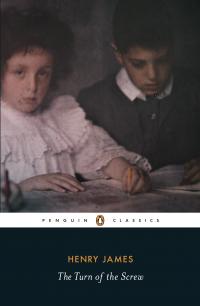 A short story about haunting told by a young governess sent to a country house called Bly. She is engaged by the uncle of two orphaned children. She becomes embroiled in the presence of evil, meeting the ghosts of the previous governess and valet, and finds out the guilty affair they shared. The young governess believes that the two children are communicating with these spirits and wants to exorcise them.

Henry James was born in 1843 in New York, was educated at Harvard and came to Europe in 1875. He spent twenty years in London before moving to Rye on the south coast, where he died in 1916. An early exponent of the horror story, where the reader is left to decide whether the occurrences were only happening in the impressionable governess' mind or whether they were a real presence of evil.