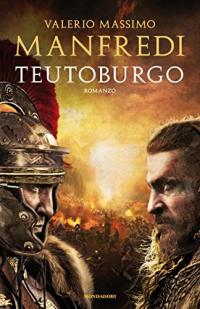 It is a historical novel about the battle of Teutoburg (9 AD), one of the main defeats suffered by the Roman Empire, and which led Augustus to fix the northern border of the Empire on the Rhine. The chronicles attribute the defeat in Teutoburg on Arminius’ betrayal. Arminius was a noble of the Cherusci who served as an auxiliary, had Roman citizenship and was a trusted man of Publius Quinctilius Varus, the governor of the province of Germania Superior. In that place, the Roman army was the victim of an ambush and legions XVII, XVIII and XIX - numbers that were no longer reused - were annihilated, in addition to six auxiliary cohorts and three cavalry wings. Despite the punishment campaigns of Tiberius and Germanicus, any attempt to conquer these territories was renounced, setting the border of the Empire there for four centuries.

Manfredi develops the novel with historical data and wraps it in fiction that has as protagonists the brothers Armin and Wulf, who were taken hostage to Rome. Aside from being educated in this civilization, Armin and Wulf appear as expert soldiers, collaborating with Augustus on various missions.

Combining fiction, epic narration and historical rigor, Manfredi describes with precision the geography, army, battles, systems of navigation, major cities, customs, material advances, as well as the legislation and objectives of government. It is a realistic, entertaining novel that describes the battle of Teutoburg, its causes and consequences, in an enjoyable way. It transmits well the environment at that time, and it is interesting that, from the figure of the two brothers, two contrasting visions of Rome are shown: one admires it and adapts to the Roman world while the other, even if he appears Roman, wants to return to his German roots. The superstitions that seem to guide both worlds call attention, such that the Romans attributed the disaster of Teutoburg as a divine punishment, while Armin considered that his success was an augury of Thor. Among the customs, cruelty, political and economic corruption also appear, and the scenes in whorehouses are described. At the end of the tale, the author explains his historical sources, how he gathered them and which aspects he fictionalized.

Valerio Massimo Manfredi (Castelfranco Emilia, Italy, 1942) is an archaeologist and Italian writer, known for his historical novels. With a degree in Classical Arts, he specialized in topography of the ancient world. He has taught in various universities and collaborates as an expert on themes on antiquity in newspapers and documentaries.