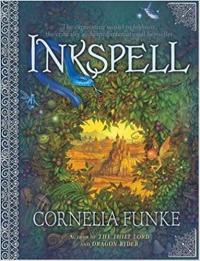 It's the second book of a trilogy. If in the first book some evil characters from the world of fiction appeared in the real world, now the opposite happens: normal people are sent to the world of ink, which is supposedly under the control of the writer Fenoglio. However, although he thinks that the story follows the course he wrote, he soon realizes that the plot is beyond his control. The characters come to life and the writer, along with his entire family, ends up getting lost inside the story. The reading quickly captures the reader and the book maintains the quality of its predecessor.