BALDACCI, David
Year:
2015
Type:
Fiction
Public:
Generic
Moral assessment:
Type: Literature
Nothing inappropriate.
Some morally inappropriate content.
Contains significant sections contrary to faith or morals.
Contains some lurid passages, or presents a general ideological framework that could confuse those without much Christian formation.
Contains several lurid passages, or presents an ideological framework that is contrary or foreign to Christian values.
Explicitly contradicts Catholic faith or morals, or is directed against the Church and its institutions. 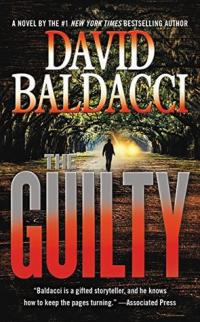 Agent Will Robie, main character of the series of novels of which this is the fourth title, fails in a mission and has to move away for a time from his work. He has to face his past when he learns that his father, with whom he has cut off all contact for many years, is accused of murder. The plot of suspense is good, and highlights values such as family care and forgiveness, but at the same time some issues are sensitive topics. While the agent tries to discover who the murderer is, some photos of child sexual exploitation come to light. Pedophilia is a topic that, although it is not described or is of special relevance in the argument of the novel, is mentioned from time to time. An incest is also mentioned.