The Crow and Collected Poems 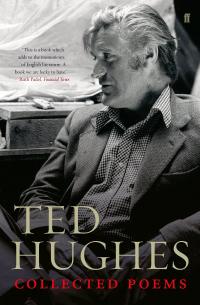 The crow is a central symbol in many of the Ted Hughes poems. The crow is indestructible and the dark vision of creation and birth is told from its predatory point of view. It is a 'screaming for blood among the horrors of creation'.

Ted Hughes was born in 1930 in West Yorkshire, was educated in Cambridge and married in 1956. He became poet laureate in England in 1984. Themes often involve animals, the brutal and the violent, and the beauty of the natural world.