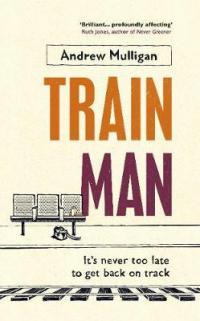 The first venture into adult fiction by the author, who has previously written for children. This is the story of Michael and his attempts to end his own life by jumping in front of a train. Through a series of unforeseen events, such as timetable changes and encounters with an assorted band of fellow travellers, Michael’s meticulous plans go awry. This device allows the author time to reveal why Michael has made his decision and to elucidate, through memory and conversation, the awful events that occurred in his childhood and which have rendered him the very broken and sad individual that he now is. Despite his own very precise strategies, Michael finds himself unable to fulfil his intention and he eventually finds peace and redemption through the unexpected kindness of a stranger.

The underlying intention of the author is precisely this: to illustrate that there is no human being so broken that he or she cannot be made whole by human contact, kindness and community. Mulligan declares that the reason he wrote the book was because a colleague actually did end his own life in the way Michael intends. The story is a powerful reminder of the most basic of human needs and a searing portrait of what can happen if those needs are unmet.

There is episodic and graphic detail of the sexual abuse to which Michael was subjected in his childhood. It flits in and out of the story just as it does in Michael’s own consciousness, such is the horror with which he remembers it. It is therefore a very difficult book to read. The author has undoubtedly penned an acute and poignant portrayal of a man whose life has fallen apart because he has been badly damaged and cannot form any significant adult relationships, but the imagery will be unsettling to many readers.

A second negative criticism concerns the ending, which seems to belong more to a children’s novel than to a work of adult fiction. It is almost as if the author ran out of steam and wanted to finish the novel quickly. Trainman is a disturbing read, despite the happy ending.