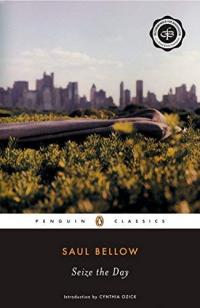 A man who failed in everything in life faces a decisive day: either he earns some money or falls into misery. His whole life was a succession of wrong decisions, caused by his immaturity and weakness; unemployed, separated from his wife, unknown to his children, repudiated by his rich father, seeking to cling to anything ... Throughout the day he reviews his whole life, recognizing how weak and indecisive he is, a pursuer of dreams and illusions, until he tries to cling to the last mirage: he associates with a stranger to speculate in the market.

Saul Bellow was born of Russian Jewish parents in Quebec, in 1915, and was raised in Chicago. He was awarded the Nobel Prize for Literature in 1976.