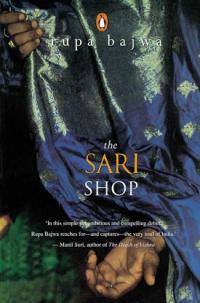 Modern India, as seen by a low-middle class boy, working as a shop assistant in a sari shop, in the city of Amritsar (North India, state of Punjab). His life is monotonous, all his childish hopes are gone, and there's a gulf between his life and those of the wealthy women who come to buy saris. Although written as seen by a boy, in fact, the book focuses mainly on the condition of women in this society, and their concerns: weddings and all their preparations; their place in society; their absolute focus on home and family, being beaten and treated as inferior people as a matter of course. If someone rebels against poverty or injustice, it is normally ignored, misunderstood, or punished for its nonconformity with the status quo. The book treats everyone with respect for every social class, trying to express their motivations. Still, there is a notable lack of human dignity, justice, and even hope, present in this portrait of modern India. And the Sikh gods are shown as dangerous, with no love or care for men.