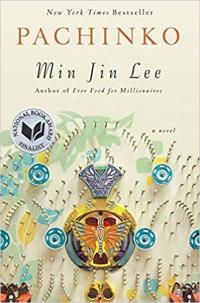 Pachinko received excellent reviews and was short-listed for the US National Book Award for fiction in 2017. This is understandable, as it has an engrossing narrative, interesting characters and an exotic locale. It is a sweeping historical novel about Koreans residing in Japan stretching from the colonial era  in 1910 to national prosperity in 1989. The appalling racism of Japanese towards fellow citizens with a Korean background is the dominant theme of the book. The author, Min Jin Lee, is a Korean-American who lived for a few years in Japan.

The plot begins with a hardscrabble family with one daughter, Sunja, who live in a Korean fishing village. Although she is illiterate, she is clever, hard-working and virtuous and attracts the attention of a wealthy Korean living in Japan, Koh Hansu. He seduces her and she has a son out of wedlock -- a terrible disgrace for her family. Fortunately she marries an honest but sickly Protestant pastor who takes her to Osaka to do missionary work.

The novel goes on to trace the lives of a number of Koreans in Japan orbiting around Hansu, who turns out to be a powerful yakusa, and around Sunja's in-laws and her son. Over four generations, tragedy affects all of them, and only Sunja survives to reflect upon her long life of unnoticed suffering.

As a novel, Pachinko's greatest attraction is its exotic characters and setting. But it is not well structured. Characters come and go without adding contributing to the plot or theme. There are a number of sexual episodes, none of them necessary.  Oddly, there is a Christian element in the novel and a vague sense of the working of Providence (the author seems to be a Christian) but it is not well developed. In fact, nothing is well developed apart from the focus on Japanese racism. Not recommended.