Oracles of Science. Celebrity Scientists versus God and Religion 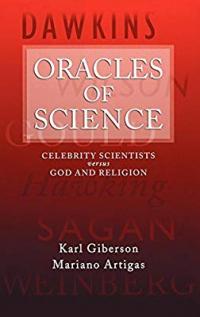 Every entry can be read independently of the others. The outline for each follows the same pattern: a short biography underlying the scientific importance of the person involved; a brief explanation of how he presents religion, together with brief reflections in which Artigas and Giberson show how such standings do not follow from their scientific work, and that in many cases they show a remarkable ignorance of the history of philosophy or of the religious traditions that they criticize.

The book is very useful to appreciate that much “scientific criticism” of religión is not scientific, but a matter of personal opinions, frequently  hiding a partial vision of religion or philosophy. It is also interesting to know the thought of the thinkers listed, so as to value their career and scientific merit.

Nevertheless, let us note that the definite aim of such a work may cause some readers to miss a greater development of apologetics; generally speaking the authors do not offer “positive” demonstrations of why the different positions of the various scientists are wrong; they limit themselves to pointing out how such ideas do not follow from science. They indicate the great philosophical lines that make possible solving the problems, but without expounding on it.