[Nikolai Gogol]
NABOKOV, Vladimir
Year:
1944
Type:
Non Fiction
Public:
Adults
Tags:
Literature
Publisher:
New Directions
Year of publication:
1961
Pages:
172
Moral assessment:
Type: Thought
Nothing inappropriate.
Requires prior general knowledge of the subject.
Readers with knowledgeable about the subject matter.
Contains doctrinal errors of some importance.
Whilst not being explicitly against the faith, the general approach or its main points are ambiguous or opposed to the Church’s teachings.
Incompatible with Catholic doctrine.
Literary quality:
Recommendable:
Transmits values:
Sexual content:
Violent content:
Vulgar or obscene language:
Ideas that contradict Church teaching:
The rating of the different categories comes from the opinion of Delibris' collaborators 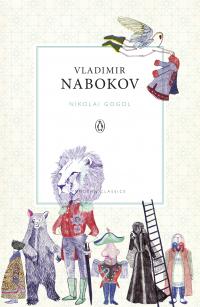 This book describes the artistic career of Nikolai (Nicholas) Gogol. Nabokov, whose native language was Russian and who was also fluent in English, laments at the beginning of the English versions of Gogol's works (this essay was written in 1944). He dismisses assessments that merely saw in Gogol a critic of the Russian situation of his time (Tsarist censorship would have made publication impossible) or a "funny" writer. He also departs from the psychoanalytical disquisitions so much in vogue in the 20th century: he assumes that these would be the interpretations of bad readers. He opens a great panorama in which he projects Gogol as a great writer, because of the genius of his imagination poured into his great works (admired by Pushkin), and that this is how a creative reader or what he calls "a good reader" would understand him.

In this essay he refers to Gogol's masterpieces and devotes a chapter to each of them (The Inspector, Dead Souls and The Overcoat). He also investigates the stages of Gogol's life, wonders about the meaning of his travels, and investigates why he was unable to write the second part of Dead Souls despite having achieved so much success with the first part. Nabokov concludes that it is obvious that he had lost his inspiration and did not recover it, that the writer was aware of this, and that perhaps this could be the origin of the end of his life and his premature death.

Vladimir Vladimirovich Nabokov (Russia, 1899-Switzerland, 1977) known as Vladimir Nabokov was a writer, zoologist, translator, literary critic, university professor and chess player. He was born into an aristocratic Russian family that spoke Russian, English and French fluently so Nabokov was trilingual from childhood. In 1919 his family went into exile in Germany; he studied at Cambridge University and in 1940 came to the United States from France, fleeing World War II (he had already abandoned the Russian language). Nabokov's early writings were in Russian, but he achieved international recognition for his English-language texts, especially for his novel Lolita in 1955. He wrote novels, short stories, plays, an autobiography and literary criticism.