The Ministry of Fear 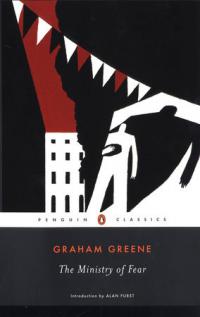 This great novelist's book is set in the city of London during the Second World War. The bombings are daily, the city is reduced to a small area and hundreds of people are killed every day. In addition, some crimes and persecutions create a climate of insecurity. The protagonist of the novel, Arthur Rowe, is haunted by remorse for a past event. In the terrible time of war he will have to fight again against an accusation of murder. Is it possible to restore his life and start again? With his well-known mastery, Graham Greene manages to captivate us with a story full of suspense and in which he makes us confront great moral issues such as guilt and redemption.