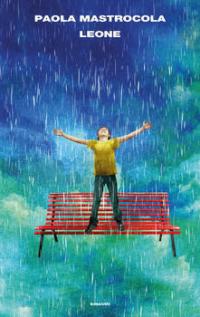 Paola Mastrocola gives an atemporal history, but set in our days. Leone is a 6 year old boy who starts to pray publicly and in a way which makes her mother Katia, who works in the supermarket all day, cringe and concerned.  Katia was separated from Oscar, the father of Leone, shortly after Leone’s birth. None of the two taught Leone about religion, but the boy started to pray in a spontaneous way at school, at home, in the streets… What could be the origin of his religious fervor?

Taking a leap back, the author presents to the reader Leone’s grandmother, who had just passed away, and from there allows the reader  to discover the important role she played in Leone’s formation. In the present, meanwhile, one sees how the people reacted differently to Leone’s prayers. It deals with a history  which, in a spontaneous and natural way, makes one see the power of prayer and its capacity to help one live the present better and to look at the future with hope. The novel doesn't judge prayer and neither its effects; in fact, in some occasions the author includes among the thoughts of the characters a certain skepticism in relation with prayer and its effects in Leone’s environment.