To Kill a Mockingbird

[To Kill a Mockingbird]
LEE, Harper
Year:
1962
Type:
Fiction
Public:
Generic
Tags:
Literature,
Literature - Classic,
Literature - Realistic
Moral assessment:
Type: Literature
Nothing inappropriate.
Some morally inappropriate content.
Contains significant sections contrary to faith or morals.
Contains some lurid passages, or presents a general ideological framework that could confuse those without much Christian formation.
Contains several lurid passages, or presents an ideological framework that is contrary or foreign to Christian values.
Explicitly contradicts Catholic faith or morals, or is directed against the Church and its institutions.
Quality:
Recomendable:
Transmits values:
Sexual content:
Violent content:
Vulgar language:
Ideas that contradict Church teaching:
The rating of the different categories comes from the opinion of Delibris' collaborators 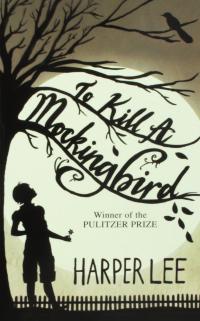 A novel set in the United States in the 1930s. It masterfully describes the atmosphere of the time, albeit with a universal vision: it shows how the life of a family is affected by the problems of society. In particular, by the racism that prevails in the southern United States at that time. Atticus, a lawyer and father (his children are Jem, a 12-year-old boy, and Scout, a bit older), agrees to defend a young African-American accused of rape against a white woman. In this way, the protagonist puts his own life and that of his family at risk, but he insists on defending justice. Through this trial, told from Scout's point of view, he earns the respect and affection of all the people.