Hitler and the Germans

[Hitler and the Germans]
VOEGELIN, Eric
Year:
2003
Type:
Non Fiction
Public:
Adults
Tags:
Philosophy,
Philosophy of Culture,
History, Contemporary
Publisher:
University of Missouri
Year of publication:
2003
Pages:
296
Moral assessment:
Type: Thought
Nothing inappropriate.
Requires prior general knowledge of the subject.
Readers with knowledgeable about the subject matter.
Contains doctrinal errors of some importance.
Whilst not being explicitly against the faith, the general approach or its main points are ambiguous or opposed to the Church’s teachings.
Incompatible with Catholic doctrine.
Literary quality:
Recommendable:
Transmits values:
Sexual content:
Violent content:
Vulgar or obscene language:
Ideas that contradict Church teaching:
The rating of the different categories comes from the opinion of Delibris' collaborators 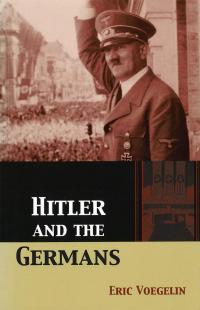 The book collects lectures by the author in 1964. It seeks to analyze how Nazism was possible in Germany. For Voegelin all German institutions - military, judges, teachers, churches, etc. - were omitted or aligned with national socialist ideas. In the second part he analyzes how German culture, permeated by Freud, Mark, Weber and Nietzche, did not know how to respond and resist the Nazi fallacy.

There is a chapter dedicated to the role of the Lutheran and Catholic churches during Nazism. As for the Catholic Church, the author understands that, apart from noble exceptions, there were several bishops who either omitted or spoke agaisnt when was too late. There was also confusion from some pastors  between the duty to serve the homeland - for example in the army - and serving a evil state. When speaking of the Mystical Body of the Church, he criticizes some part of Encyclical Mediator Dei of Pius XII. A recommended reading for those with a certain historical and philosophical background. The author makes very accurate and interesting analyzes of ideas that are still present in our time.