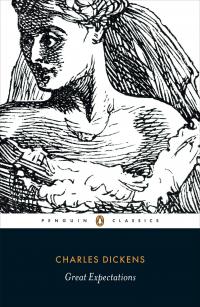 Philip Pirrip ('Pip') is a small village boy being brought up by the blacksmith Joe Gargery. He is told to go and visit the house of Miss Havisham, whose mind had been badly affected by being jilted at the altar. In order to take her revenge on men, she schemed to use the beauty of the girl Estella to torture all the men who got to know her. The boy Pip falls in love with Estella and embarks on a path towards becoming a gentleman to win her hand.

Charles Dickens was born in Kent, England, in 1812 and died in 1870. A masterpiece of a novel painting a vivid picture of the Victorian period in which it is set. Dickens originally gave the story an unhappy ending, to great outcry from the huge number of people reading the monthly instalments. Dickens subsequently altered the ending.