[Go Set a Watchman]
LEE, Harper
Year:
2015
Type:
Fiction
Public:
Generic
Tags:
Literature - Realistic
Publisher:
Harper
Year of publication:
2015
Pages:
288
Moral assessment:
Type: Literature
Nothing inappropriate.
Some morally inappropriate content.
Contains significant sections contrary to faith or morals.
Contains some lurid passages, or presents a general ideological framework that could confuse those without much Christian formation.
Contains several lurid passages, or presents an ideological framework that is contrary or foreign to Christian values.
Explicitly contradicts Catholic faith or morals, or is directed against the Church and its institutions. 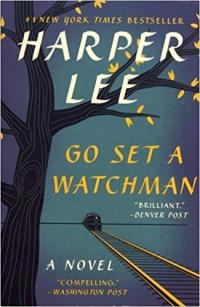 This novel was written about 1957; the fact that it has been published now has provoked much controversy in the United States. The novel is set in the mid-1950s and hence appear the same social and racial problems in “To Kill a Mockingbird”, even though many years have passed. The first chapters narrate the return of Jean Louise to Maycomb, life in that little place, and the memories of Scout among which stands out how and why she idolizes her father (the same characters and some episodes are already described in To Kill a Mockingbird).

The central theme of the novel is the opinion on the civil rights of blacks, already established in the North, and why the Whites in the South maintain their racism seeing that, they argue, Blacks are not yet ready to exercise their rights and that it also endangers the Whites. The attitude and discussions between Scout and Atticus make her distrustful and confronting towards her father, but Atticus makes her see that she must now think for herself and that they can maintain a parent-child relationship, even if their views and political ideas are different.

It has a simpler structure than To Kill a Mockingbird, it is well documented, easy to read and has positive values. It describes the transition from childhood to puberty.

Jean Louise (Scout in To Kill a Mockingbird) is in her early twenties and comes home from New York to visit Maycomb, and in particular her father Atticus Finch, in the Deep South of America in 1954. He is now 72 and suffering from arthritis. The simple story centres on Jean Louise discovering that her father and suitor espouse the same racism as was common in her childhood, and the god-like image she has of her hero father has to be smashed for her to gain a mature understand of the realities of the white population in the South.

This has to be seen for what it is - it is the raw manuscript submitted to the publishers by a young lady in her late twenties and was not thought good enough for publication. It showed sufficient promise in the writing for the editor to encourage the author to rewrite the book as a first-person novel with a 9 year old witnessing her lawyer father defend a black man in the racist Deep South. Though readable and generally well-written, one can easily see its weaknesses in plot and character development, as well as a certain naivete in handling complex issues and painting believable climatic episodes. The ending in particular is weak, I feel.

Certainly an interesting and enjoyable read, but nowhere near anything on the scale of To Kill a Mockingbird. As long as one is happy to read something more run-of-the-mill and less exceptional, it does hold together as a second-division novel.