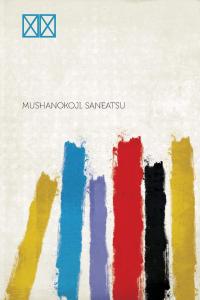 The plot of this novel is a love triangle with an uncertain ending. Naojima, a literature student and promising writer, meets Sugiko, his friend’s sister. That same day he falls in love with her. The only person to whom he confesses to is his close friend Omiya. Both the novel, published in 1919, and the author, are part of a cultural movement called Democracy of the Taisho Era, which united Japan with Western liberalism. Finally, it succumbed to the irruption of military imperialism that led to the Second World War. The women of this joyful period were called "móga", a contraction of the English words "modern girl". The "mukyokaishugi" (Christianity without a church) movement is reflected in this novel, which had a great influence on Japanese intellectuals. The translation and edition of this book are impeccable