[Ender's Game]
CARD, Orson Scott
Year:
1985
Type:
Fiction
Public:
Generic
Moral assessment:
Type: Literature
Nothing inappropriate.
Some morally inappropriate content.
Contains significant sections contrary to faith or morals.
Contains some lurid passages, or presents a general ideological framework that could confuse those without much Christian formation.
Contains several lurid passages, or presents an ideological framework that is contrary or foreign to Christian values.
Explicitly contradicts Catholic faith or morals, or is directed against the Church and its institutions.
Quality:
Recomendable:
Transmits values:
Sexual content:
Violent content:
Vulgar language:
Ideas that contradict Church teaching:
The rating of the different categories comes from the opinion of Delibris' collaborators 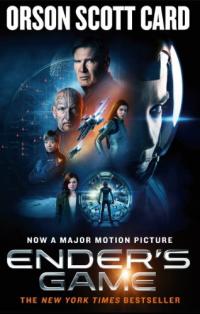 Set in the future, mankind is at war with insect-like aliens called, rather unfortunately, the buggers, who want to wipe out the humans. A sensitive young boy called Ender Wiggin is recruited to Battle School, a place where children are trained to become future commanders and Ender looks like being the best. Ender suffers: he is bullied by his manipulative older brother Peter; he is separated from his family and loved ones; he is manipulated and isolated by his teachers; he is even set up so that other boys at the Battle School will hate him. Ender comes to realise that there will never be anyone to help him in any situation he finds himself in; that he can only rely on himself.