The Diary of a Young Girl

[Tagebuch]
FRANK, Anne
Type:
Fiction
Public:
Adults
Tags:
Literature
Publisher:
Penguin
Year of publication:
2016
Pages:
368
Moral assessment:
Type: Literature
Nothing inappropriate.
Some morally inappropriate content.
Contains significant sections contrary to faith or morals.
Contains some lurid passages, or presents a general ideological framework that could confuse those without much Christian formation.
Contains several lurid passages, or presents an ideological framework that is contrary or foreign to Christian values.
Explicitly contradicts Catholic faith or morals, or is directed against the Church and its institutions. 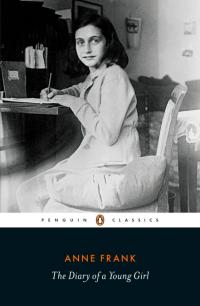 Diary written by a Jewish teenage girl, while hiding in Amsterdam during World War II with her family. The period covered is 2 years (1942-1944): from the moment when she receives the diary as a birthday present, shortly before she has to hide, until they are discovered by the Gestapo and sent to concentration camps.

Anne has to vent her feelings, but she can't trust anyone to do it: so she decides to write it all down in her diary for Kitty, an imaginary friend. The book is a simple and faithful testimony of the thoughts of a 12-15 year old girl, who was forced to mature early because of the hardships she endured.

She also tells of her fondness for a boy who is also hidden, but who is very introverted and weak in character, which even for her reveals a disappointment. Written with sincere feelings and the passion of a teenager, who is looking to get to know herself, but who acknowledges that she still doesn't know herself well.