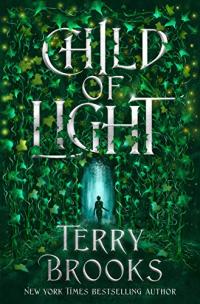 This work of Terry Brooks breaks away from the Shannara series. Auris, a 19-year old girl, escapes from a goblin prison with other captives, only to be chased by their goblin jailers. All, except Auris, are killed, or Auris believes so. She treks through a desert and is rescued by Harrow, a Watcher belonging to the Fae people. In the land of the Fae, Auris unearths her past little by little and discovers who or what she really is. She makes new friends, but encounters at the same time the guarded and at times hostile reaction of Ancrow, mother of Harrow. Nonetheless, Auris, with the family of Ancrow, are key players in defending the Fae from the humans and goblins.

Veering away from the Shannara episodes, the now-familiar style of Terry Brooks surfaces. This is a story of heroism, failure, making up for the past. The characters are very much alive, with their doubts and fears, but good at heart and willing to sacrifice. The book is worth the read.