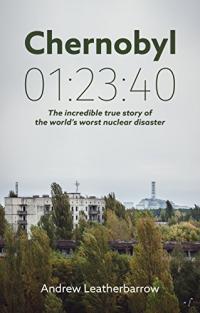 At 01:23:40 on April 26th 1986, an operator pressed the emergency shutdown button at Chernobyl’s fourth nuclear reactor. This started a process that led to the explosion of the reactor, exposing the core, and releasing to the atmosphere tons of deadly-radioactive material. For many days firemen and engineers fought desperately to put off the nuclear fire: all that get close to the destroyed reactor soon died from radiation-related causes.

Trying to prevent panic, soviet authorities said nothing for days; only when contamination massively spread to the surrounding populations they decide to evacuate the whole district. The whole area had to be decontaminated for years; many workers had to enter on zones were the most modern robots failed due to high levels of radiation, until a structure was built around the destroyed reactor to safely isolate it: the so-called "sarcophagus". Many official investigations were made, and a fake trial has held, condemning the operators at service at the time: the official explanation presented was a series of human failures.

The event spawned decades of conflicting, exaggerated and inaccurate stories, particularly because for years the official soviet explanations did not tell the truth.
After the soviet collapse, the facts became public: many reactor project errors, the critical control bars problem... all were known before the accident, but nothing was done. This book is the result of years of research. The author has interwoven the historical narrative with his personal visit to the area: the Chernobyl factory and the abandoned city of Pripyat.