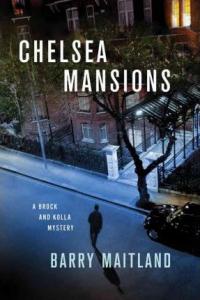 The annual Chelsea Flower Show in London is tainted by the murder of an American tourist in what appears to be a random act of violence. It is quickly discovered that the killer avoided having both his face and his escape captured on any of the many closed-circuit cameras in the area. What originally seemed a senseless crime was in fact a carefully planned murder. The English detective team of Kolla and Brock is going to be in charge of discovering the murderer.

The author is an Australian architecture professor turned crime writer. The book has a strong sense of place but not enough character development. There is a fair amount of bad language and sex, but the book is suitable for the alert adult reader.