[Belgravia]
FELLOWES, Julian
Year:
2016
Type:
Fiction
Public:
Adults
Moral assessment:
Type: Literature
Nothing inappropriate.
Some morally inappropriate content.
Contains significant sections contrary to faith or morals.
Contains some lurid passages, or presents a general ideological framework that could confuse those without much Christian formation.
Contains several lurid passages, or presents an ideological framework that is contrary or foreign to Christian values.
Explicitly contradicts Catholic faith or morals, or is directed against the Church and its institutions.
Quality:
Recomendable:
Transmits values:
Sexual content:
Violent content:
Vulgar language:
Ideas that contradict Church teaching:
The rating of the different categories comes from the opinion of Delibris' collaborators 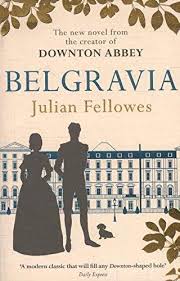 The author is the scriptwriter and producer of the famous British series "Downton Abbey", which writes its third novel. On the evening of 15 June 1815, great personalities of British society gathered in Brussels for the ball of the Duchess of Richmond on the eve of the Battle of Waterloo, in which several of the young soldiers attending the ball took part. Among those attending the party is Sophia Trenchard, the young and beautiful daughter of an officer of humble origin. Twenty-five years later, Sophia remembers that night and its consequences for her life.

"Belgravia" is a fascinating novel, full of twists and historical references that reveal the scandals, intrigue and best-kept secrets in the high society mansions of London in the mid-19th century. The plot, well constructed by the author, provides an interesting result. Although inappropriate behaviours are mentioned, they are delicately narrated. Ambition, envy, anger, greed, kindness, altruism and above all love are powerful enough to motivate the people who lived two centuries ago. Much of their ideals, feelings and radical passions in their hearts are very similar to those that motivate the dramas that we now live in our time.