MAITLAND, Barry
Year:
2015
Type:
Fiction
Public:
Generic
Moral assessment:
Type: Literature
Nothing inappropriate.
Some morally inappropriate content.
Contains significant sections contrary to faith or morals.
Contains some lurid passages, or presents a general ideological framework that could confuse those without much Christian formation.
Contains several lurid passages, or presents an ideological framework that is contrary or foreign to Christian values.
Explicitly contradicts Catholic faith or morals, or is directed against the Church and its institutions. 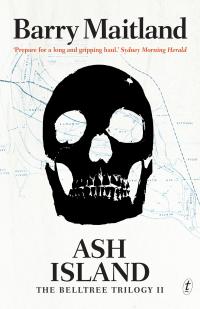 Detective Harry Belltree has been sent away from Sydney after nearly being killed by a corrupt colleague, to quiet Newcastle. Harry has a nose for uncovering trouble, and soon he is uncovering one dead body after another on Ash Island: murders linked to the bikie gang he brought down, or thought he had, in Sydney.

Now closer to the site of the crash of his parents, events unfold that make their murder apparent, but why? Life gets more complicated as Harry gets implicated in a murder and then kidnapped, saved by his police `buddy’ an experienced policeman called Ross, and then has to put himself at the mercy of a savage called Capp who has taken his blind pregnant wife, Jenny, hostage. Due to the violence, is not recommendable for young readers.