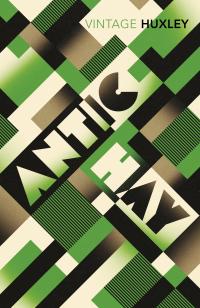 Antic Hay is a comic novel by Aldous Huxley, published in 1923. The story takes place in London, and depicts the aimless or self-absorbed cultural elite in the sad and turbulent times following the end of World War I.

The book follows the lives of a diverse cast of characters in bohemian, artistic and intellectual circles. It clearly demonstrates Huxley's ability to dramatise intellectual debates in fiction and has been called a "novel of ideas" rather than people. It expresses a mood of mournful disenchantment and reinforced Huxley's reputation as an iconoclast. The book was condemned for its cynicism and for its immorality because of its open debate on sex.