And Agnes Chose to Die 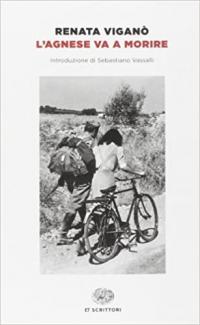 Published in 1949, this novel received the Viareggio Award. It’s based on a real story that Renata Viganò (Bologna,1900-1976) lived during the partisan resistance against fascism and German invasion, in a marshy zone of Emilia.

The protagonist is a town woman who, after losing her husband for being deported by Nazis, is moved to heroically help the partisan group working close by. The descriptions are magnificent and detailed. Although the novel is very tough, because it tells all war horrors, the hate, murders, tortures…, Agnes is the great protagonist, surrounded by a group of ordinary and different people that fight to defend freedom against invaders, even at the cost of their lives.